Megumi was originally a HERO System character. I will post her end-campaign stats later. This represents her more at the beginning of the campaign, before she nailed down control of her powers and settled her emotional issues.

Appearance: Greyskin tends to appear all bundled up to hide her horrific scars, but the claw like hands and burned out eyes are still visible. Her voice is that of an average Japanese eighteen year old woman, often seeming to be very cheerful. The damage to her skin is slowly healing, but where it has healed she has grey, leathery skin and she will never look human again. Her body is covered in burn scars and receding tumors.

History: Megumi always knew that she descended from at least one, probably both, of the alien races that came to Earth in the mid 1800s. She has always been an avid fan of superheroes such as the Founders, the Legends and even some of the villains and she was eagerly awaiting the day that her own powers would manifest. Unfortunately, her powers manifested when a battle resulted in a shipment of radioactive waste being exposed and pouring all over her. Her powers manifested in a way that allowed her to survive, but left her looking monstrous as compared to most of her perfect seeming relatives. After lots of training with the Norway based Aesir Academy (since her brother had a job in Norway) she now seems like she's well-adjusted most of the time.

Powers: Megumi is a dimensional phaser. She can step partially or totally out of phase with her current reality and even interweave her body through multiple dimensions allowing her to ignore most of the impact of attacks. She is also able to simulate superstrength by cancelling out the weight of things she touches. It is thought that her eyes her non-functional and her "sight" is a function of her dimensional awareness. Currently it functions as normal sight though she occasionally sees through things (never by her choice) and has started to gain a more conscious understanding of how people and objects are anchored to the dimension they are in (or others).

Tactics: Megumi mostly functions to draw attention and protect the team members. She is very effective at handling large groups of low powered enemies due to her extremely high defenses and skill with playing dominoes with enemies.

Drawback: Megumi's claw like hands means she has difficulty using anything that requires fine manipulation. She also still has a lot of emotional fragility and spotty control of her powers. She often has some effects occur without her wanting to, such as teleporting away as she's about to hit the final blow on an enemy or accidentally seeing through objects meaning she fails to note the presence of an obstacle. Most obviously, commenting on her looks can provoke an anxiety attack in some cases resulting her phasing into and then turning solid in walls or the ground, getting herself stuck until she can calm down enough to phase herself out. 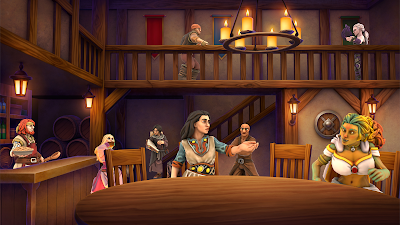