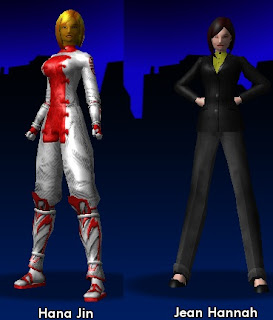 As you can tell by the City of Heroes character avatars, this is a character concept I've had for quite a long while.

The Hana clan have been heroes for generations. Various members of their bloodline had been touted as valiant warriors or workers of magic at one time or another. In truth, they have a considerable legacy of psychic ability which they have honed in various ways. It is a well-established Legacy which Jin walked away from or at least tried to.

Hana Jin was never expected to be the one upon whom would fall the majority of the responsibility for taking up the mantle of the family legacy. She was second born and she knew it. Preferentially, the bulk of training was given to the first son in any case, most of whom were expected to go the way of the warrior. Daughters of the clan were expected to hone the more cerebral abilities of the family and seek out worthy matches in order to insure the continuance of the line or even the establishment of supporting branches.
Read more of my blather »
at March 31, 2016 No comments:

M-Com - Monster of the Week Campaign 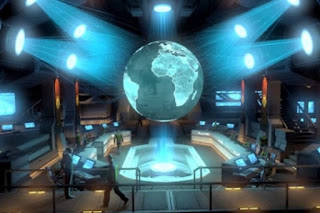 Relating to the information for my Monster-of-the-Week RPG sessions. 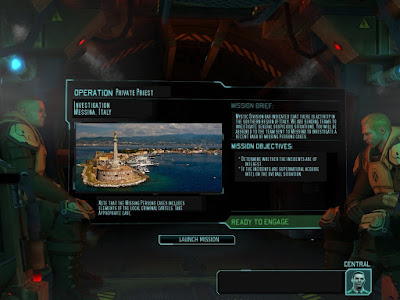 The diviners of the Mystic Division of M-Com found evidence of some sort of supernatural activity in south Italy dispatching several teams to investigate incidences that may or may not be connected to the divinations. Thomas Riley and Kasper Sierzant were sent to Messina along with six other M-Com operatives to investigate ten high-profile missing person cases.

Starting with a list of ten names including two employees for the Medici Tech company, three individuals with ties to the Oberti crime family and five other individuals. Searching the official police files, the most that Agent Sierzant could discover was that all of the missing persons had disappeared from their homes at night. 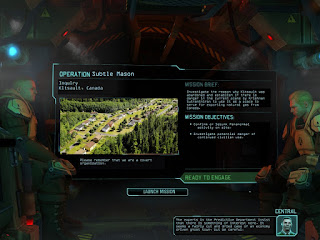 
This is a preliminary first draft on a setting and system idea in response to someone on the Fate Core community suggesting that they'd like to hear more about this particular setting. There is a short story which features the example character (though he's not named anywhere) and his spirits and spells, but I'm still thinking of selling or publishing that somewhere. This is the work of about five hours and is thus very raw and has had little to no editing. I am mostly putting it up for ease of linkage and reference for people interested.
Read more of my blather »
at March 24, 2016 No comments:

As stated above, this preliminary thoughts on how to do a GUMSHOE version of the setting.

To make things simple, I'm just going to link to the Divine Blood page (which really you could get to by linking to the page menu bar above so I guess I'm making more work for myself) rather than repeat extensive explanation of the setting.

Vampires are not genre exclusive


Vampires are classic and popular monster type which have figured in works of fiction for at least two hundred years and in myths and legends world-wide for thousands of years. The vampire has come in a number of flavors. Even within the limits of the four Gothic vampire classics you have the reluctant vampire who hates his condition and seeks to save himself (Varney the Vampire, 1845), the vampire that uses an innocent seeming appearance to lure victims into vulnerability rather than being terribly powerful themselves (Carmilla, 1872), the seductive and mysterious nobleman of great power (The Vampyre, 1816), and the sadistic and monstrous arrogance of a war-lord who abandoned God in favor of power (Dracula, 1897). It makes it hard to determine what precisely is a true vampire.
Read more of my blather »
at March 14, 2016 No comments: