Security is always wanting to pat me down. The face and body draws them in at first but then they back off. The same beauty that tempts them also strikes them down with guilt and shame for daring to think about taking advantage of me. I tolerate it, half of my Contact utilizes it, and the other half relishes it the way paparazzi relish a drunk celebrity in public.

It turns out that there is indeed a train here but more amazing than that there seem to be actually competent guards. I may be a bit cynical when it comes to expecting guards to be anything other than a problem. Granted this might be due to the fact that my own world has rather limited awareness of the supernatural and it was usually counterproductive to be upfront and honest when you're hunting cultists and this world is well aware of such things being true. 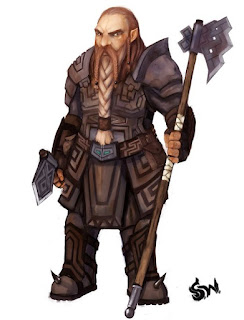 After recovering from our encounter with the creature and its tainted giant animals, we moved further on toward this shiny thing that Astra had told us about. It was a crystal of some sort, working as a focus for the necromantic spell we'd discovered earlier and directing the energy back towards the logging camp. As we approached, a shadow creature appeared out of it and proceeded to attack us. That was bad enough on its own, but we also found ourselves attacked by a red-eyed demon wolf. As we fought those two, gnolls began to appear out of illusory hiding spots to harass us with arrows.

A continuation of the previous stories and my attempts to move on toward more exploration, this will get several NPCs added into the mix that will give them some directions to head to look for new places and possibly a way home. This presents the party's assault on the gargoyle pirate field base. I ended up conceding victory before the commander of the slaver base could be encountered because the players were tearing through her forces quite well.

As a note, using minion enemies, where each mechanical entity represents a team rather than an individual, speeds up combat and makes the heroes seem extremely competent. This is great for this sequence. Especially in comparison to the long fight against the single cockatrice from earlier. 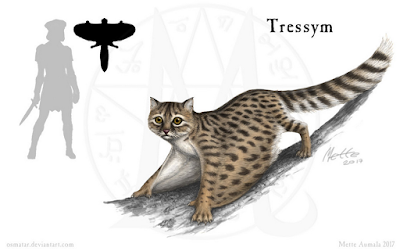 [The camera is running on a split screen between the guards watching the trapped hallway quietly and standing at the window in the medbay as Aeryn scans through the sky before focusing on a large slab of floating rock seeming to materialize out of nowhere into the small atmosphere and coming level with the Sol Suna so that they could see the forms of several gargoyles walking around atop near a platform of some sort.]

"Miss Lee, would you please get back to the bed and stay away from the windows!"

Just a minute, doctor, I have to film this. Wow, these are like actual pirates and, hey, what's that?