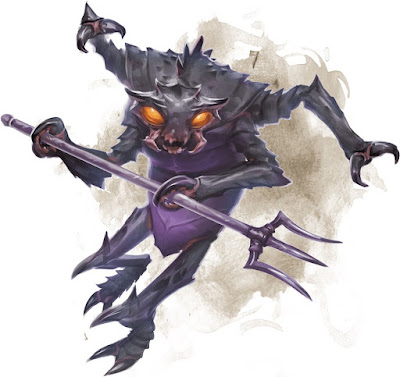 The First Hymn of Portents


The prisoner's first words were lilting and fluid and lacking in goblinspeak.
This I assert as one of those who freed her; battling goblins and ballistae.
She pleads; she cries; she begs; for freedom from a false form forced.
I have seen a fox forced to play a part in the World Eater's devouring play.
Let the other goblins cower out of our way and challenge not our leaving.
Azu's innocence and spirit stand as testament to the strength of the fair.
And I shall be the conduit of my goddess's waters to feed such life.

The Second Hymn of Portents


The Warg Tamers returned to Phane with a rope and glasses in their pockets.
This I assert as one who climbed out of that pit and across the glacier.
We travel; we march; we tire; arriving in the city with heavy limbs and worries.
I have been called again to my goddess's court and warned of motions.
Let us move with eyes open for all the whispers behind the masks we see.
Tikzotl has his fangs laid into the heart of this land though it is not visible.
And I shall seek out his corruption where it seethes and foments.

The Third Hymn of Portents


Xirena has gifted me with the service of one of the many spirits in her court.
This I assert as one who has watched her tiny form form out of the mist.
She flits; she coils; she flies; circling my head and ranging free and far.
I have been gifted with her aid in my tasks to take root and ease pains.
Let all know that we shall address the injuries that we see and reach.
Cualtzin sits at my side conveying my touch and my goddess's power.
And I shall be worthy of this favor and aid so graciously given unto me.

The Fourth Hymn of Portents


Azu is a fey fox of fluid shape and innocent cleverness born in Nakatari.
This I assert as one who rescued her from the clutches of goblins.
She laughs; she plays; she gleams; a beacon to be protected from pain.
I have determined to see her as safe as I can make her to be.
Let her know that she and others shall be safe while we stand.
Her false father shall be quit of this world at our hands soon.
And I shall be sure to see it done and find answers to why she was sought.

The Fifth Hymn of Portents


The Lady of Phane has given us word and warning of foul machinations.
This I assert as one who has felt her words enter into the clouds of my mind.
She considers; she watches; she listens; staying hidden and out of sight.
I have been gifted with the unlikely chance to sit with her grace face to face.
Let her place her trust in us that we will seek out the enemies that she fears.
Nene warns of suspicions about the true nature of the first goblin chief.
And I shall abide her warning that I know this threat better than she does.

The Sixth Hymn of Portents


The goblins heard us coming despite our attempts at stealth and caution.
This I assert as one who could not place her feet to miss cracking twigs.
They come; they appear; they ask; of us as to the place of his un-daughter.
I have learned from him that a malison of Tikzotl summoned him to task.
Let us beware his hidden corruption; a fiend covered in the skin of a goblin.
The chief sheds his flesh to reveal an insectile form bearing an enchanted fork.
And I shall take hold of a note of magical music to climb out of the bleeding dark.

The Seventh Hymn of Portents


The mezzoloth calls down darkness upon the field as archers loose arrows at us.
This I assert as one who felt the barbs of goblins and daemon's trident.
They stab; they slash; they release; blade after blade and I cannot see in the murk.
I have sought to stay alive and step free of the daemon darkness to see Naps down.
Let Xirena's light pass through me to soothe the hurts of rogue and bard.
Cualtzin shall do a prepare and boop the tabaxi on the snoot with a heal.
And I shall watch as the mezzoloth is sunk under the weight of a stormy Anchor.

The Eight Hymn of Portents


Nene has called upon us for another task and the contract has been paid.
This I assert as I mix the herbs a boil them through to a healing brew.
We rest; we shop; we study; and prepare for the next step of our lives.
I have prepared as best I can for the trip ahead to seek enchanted walls.
Let Nene have our trust and let Phane be secure in her unavoidable absence.
Tikzotl moves his chess pieces upon a board we see only partially.
And I shall nudge the game where I may from my place upon the board.