This upright is roughly 12 feet tall with a slender frame that is designed primarily for mobility and speed. 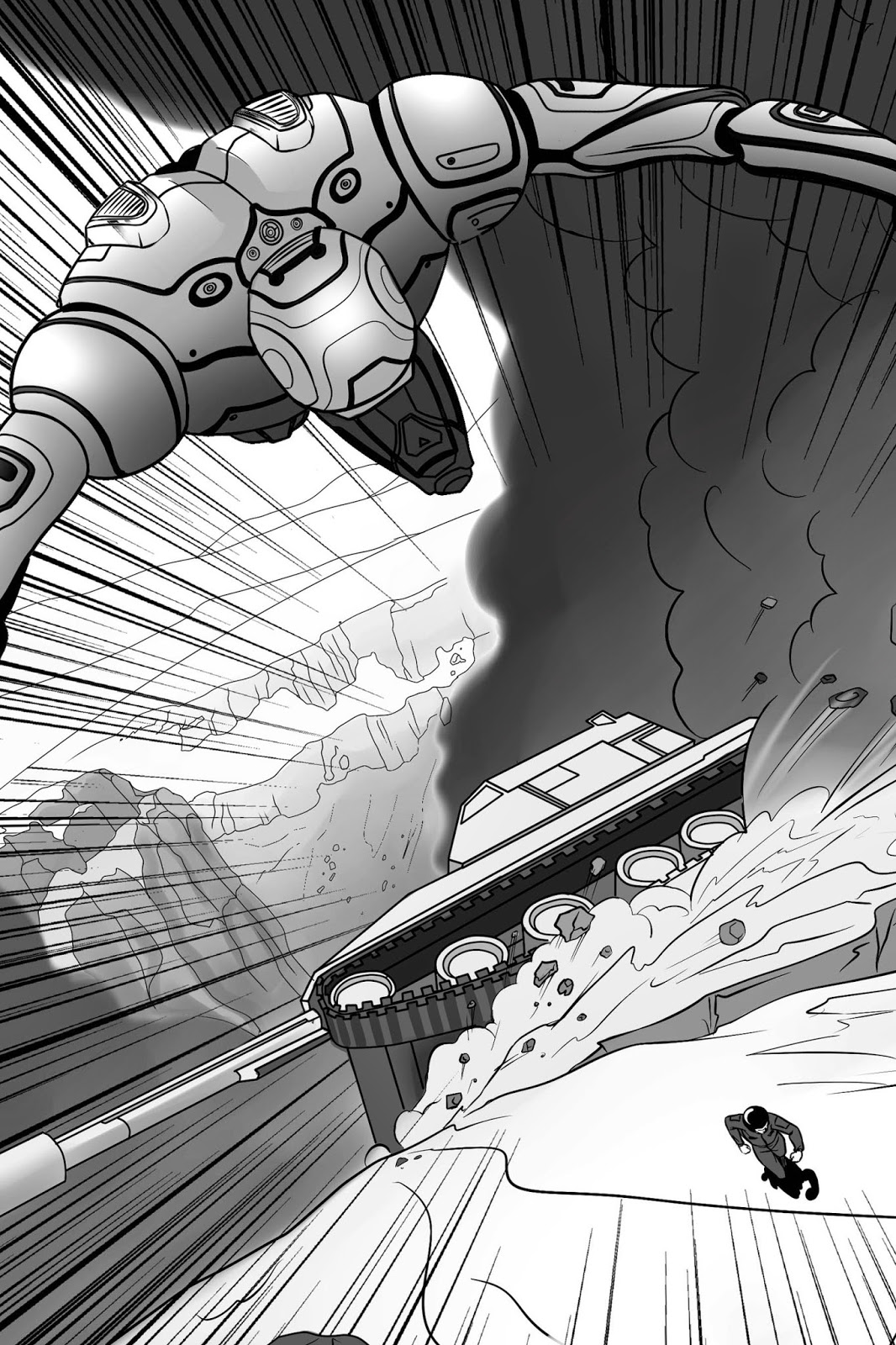 
Cloaked: The Thestrel has the standard radar and EDM cloaking to most reconnaissance uprights and other vehicles.

Optical Cloak: Called "predaflage" by some pilots, this is a visual camouflage system and is the primary system that Avalon is field testing in this model.  As of yet, the Thestrel is the only model upright known to be equipped with it.  It is not a perfect invisibility, but most people will fail to notice it if they are not looking, especially if it is not moving.

Sensor Suite: Given that it is primarily a reconnaissance platform, the Thestrel has an impressive sensor suite.

Jump Jets: Thestrels are equipped with jump jets in their legs allowing them to make rocket assisted leaps that are closer to extremely short range flights.

Shoulder Mounted Missiles: Like most of Avalon's vehicles, this is the only built in weapon and it can be removed in favor of other equipment as needed for specific missions.

External Weapons: Most of the time, Thestrels are equipped with an Anti-Personnel Cannon and an upright blade.  These resemble a pistol and a knife sized for the Thestrel.

Cockpit: The cockpit has one primary seat, but there is a secondary seat.  However, it is a very tight fit for two people. During early testing, that was used by the observer.  Usually, Avalon uses choppers to evacuate civilians, as they are faster and carry larger numbers, but this can be used in an emergency to get one VIP out.

Harasser: The harasser modification for the Thestrel is pretty much the standard model with much of the armor stripped down and more system processing dedicated toward controlling the vehicle and making more extreme maneuvers possible.  This has a side effect of making the vehicle more fragile and fire control less accurate or efficient.

Infantry Support: This modification beefs up the armor for the Thestrel and replacing the Anti-Personnel Canon with an Auto-Cannon.  In addition, software patches beef up targeting assistance.  These modifications reduce it's ability as a surveillance platform and make it more difficult to perform difficult maneuvers.  However, it is still more maneuverable than the larger assault uprights.  The auto-cannon resembles a small assault rifle or large sub-machine gun.

Sapper: This modification introduces more equipment and software which upgrades the Thestrel from a reconnaissance vehicle into an Electronic Warfare platform.  The Thestrel is hardened against external intrusion into their systems and is now capable of making attacks into other computer systems as well.
at September 23, 2014